Announcement: SHOUT is hosting a fundraiser for Native American Heritage Month in support of a local indigenous advocacy organization. Find out more under "Take Action!"

We highly encourage you to watch the video of our presentation! It discusses many of the concerns being brought up by members of the community regarding changing the mascot.

Update: The Seneca Valley School Board voted unanimously on Monday, the 14th to retire the Raider mascot and associated indigenous imagery. Thank you all for your support!

The button below will take you to the Youtube video of the school board meeting we presented at:

(Our presentation begins at the 36:50 mark and lasts roughly 30 minutes:)

Read and learn about indigenous voices and issues in Pittsburgh, Pennsylvania

Stay up to date with our group through SHOUT (our school's student diversity committee):

Read our interview with KnowledgeWorks! 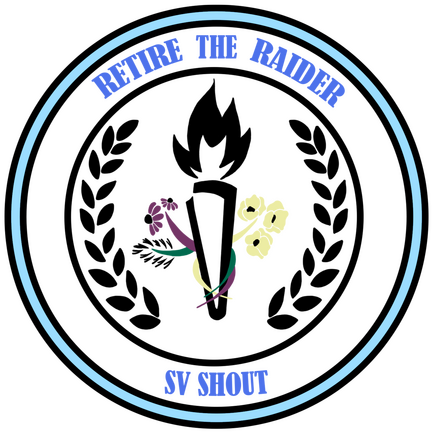 Sources used in the presentation:

Other Articles and Information:

"Approximately 35-40 students from Evans City (the Rams) and Zelienople (the Bears) High Schools meet to research a name and logo to represent the merger of the two high schools. The group, after discovering rich Native American Indian history, comes up with possible school names as either Oneida or Seneca. They choose these since both tribes spent time in this area, as it’s known to be part of the Venango Trail. In fact, the Seneca Indians once inhabited most of the Upper Ohio Valley, including Southwest Butler County. For a sports name, the group decides to choose from the Raiders, Warriors, or Chiefs. The color choices are blue and black, green and black, taupe and gold or crimson and white. The final decision: Seneca Valley-Home of the Raiders (blue and black colors). A mascot is also developed and appears in yearbooks during that time as a profile or silhouette of an Indian head."